This last week I have been visiting tsunami affected communities in the Tohoku region in Japan and speaking with fabulous people walking alongside those impacted. Many of those I have talked with are supporting the communities of Fukushima where regions are still uninhabitable due to the nuclear radiation leak with residents living in temporary accommodation away from their home communities. I am told of a proud people, with long standing connections with the land and agriculture. The local people are described as naturally shy, with their kin and social ties built over many generations. Whilst attempts have been made to co-locate community groupings in the temporary accommodation wherever possible, the community make-up has changed radically with many of the younger generation leaving the area. Those in temporary accommodation often find it difficult to bond with the disparate people who make up the temporary community, due to both the sense of impermanence and never before having the need to be gregarious in nature. Due to the fragmentation of the original communities and lack of space for hosting visitors within the temporary abodes social isolation is a concern. Paradoxically, due to the prefabricated nature of the dwellings with thin walls lacking in sound proofing, so too is lack of privacy.

Most striking perhaps is the radical change in the intergenerational composition of the community, where before multiple generations cohabited, now many of the younger generations have moved away from the area as a result of the dangers of radiation and limited vision for a future within the disaster area. The average age in the temporary accommodation dwellings is over 70 years old. This is a telling example of the radical disruption to the social fabric of communities after a disaster. I hear of family elders who had played an important role in the life of their extended families in a myriad of ways, whose connection to the land and agriculture has also been severed. Once crops were lovingly tended, and the bounty of the harvests provided a valuable contribution to the family, playing a role beyond physical sustenance. Many of the aspects of the lives of the elder generation which gave them meaning and a sense of purpose and value have taken a significant blow.

Dusting off the archives of my mind, this reminded me of a study which left an impact on me when I studied psychology all those moons ago. It went something like this… All the residents in an aged-care facility were given a pot plant for their room. They were randomly divided in two with half told the pot plant was theirs to enjoy – they didn’t have to worry about its care as the staff would water and nurture it. The other half were told the pot plant was theirs to enjoy but were also told its continued care and survival was in their hands, with the passage of time the study found that those who were given the role of caring for their pot plant lived significantly longer. Astounding! This is not so much a commentary on the benefits of connecting with nature (although this may also have its benefits) but on the importance of being able to play an active role in our lives – the opportunity to contribute meaningfully. And this is talking of a mere pot plant. It is sobering to consider then the potentially consequences of losing many of the roles and activities that provide purpose, a sense of contribution and meaning for the senior generations of the Fukushima district.

So many of the critical aspects of recovery are intangible. In recovering from a disaster and in supporting affected populations, this is a telling reminder of how vitally essential it is to consider dignity, meaning, and purpose. 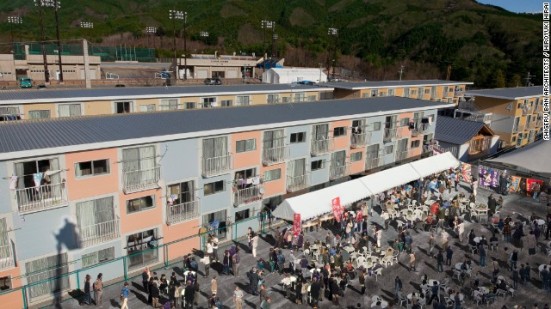 Jolie Wills led the psychosocial recovery for two years for New Zealand Red Cross in earthquake impacted Canterbury. Jolie is now working as the Psychosocial Knowledge Sharing and Research Advisor working to learn from, capture and inform some of the psychosocial aspects of recovery.
Awarded a Winston Churchill Fellowship, Jolie visited communities and organisations with experience working in disaster recovery in Australia, Japan, Europe and the United States over 7 weeks in May and June 2014 with the aim of learning:

How do we support those people who are working so hard to support long term recovery often whilst impacted themselves?